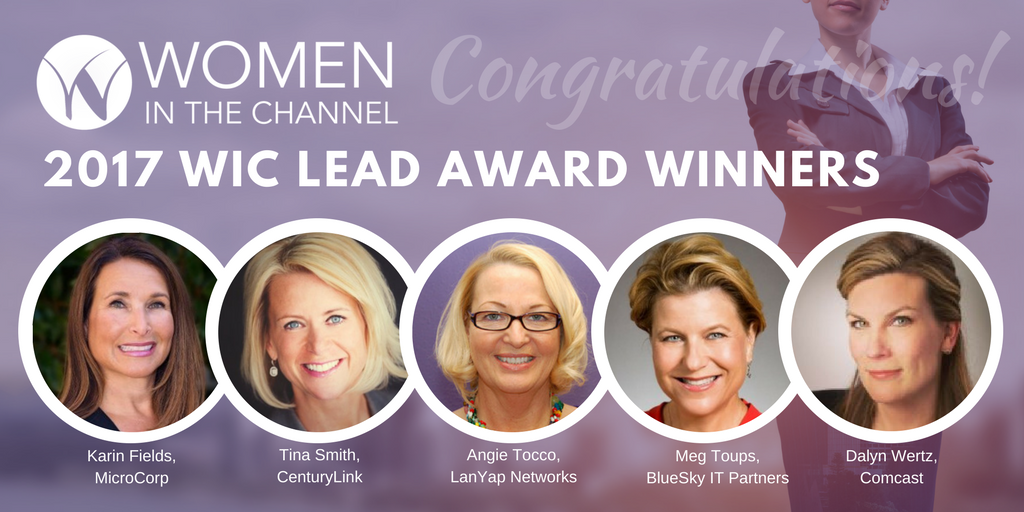 SANTA ANA, Calif.,– Women in the Channel (WiC), a not-for-profit organization dedicated to accelerating the growth of female leaders in the technology channel, congratulates the winners of the inaugural WiC LEAD Award, a new initiative to recognize exceptional women in the channel.

Five winners were honored at a ceremony during the 14th Women in the Channel WiCConnect Networking Event, from 5-8 p.m., September 25, in Austin during Channel Partners Evolution.

LEAD Award winners, in alphabetical order by last name, include:

“The WiC LEAD Awards were designed to give the channel community and the WiC membership an opportunity to recognize their female peers, co-workers, bosses, employees, partners and suppliers who are leading the way,” said WiC President Hilary Gadda, director of national channel development for TPx. “They came through with flying colors, nominating and casting their votes for five women – vendors and partners – who are undeniably standout women in the channel. We are excited about the inaugural winners and look forward to continuing this tradition of elevating each other for many years to come.”

The 2017 WiC LEAD Award winners were chosen from among 12 finalists, who were selected by the WIC Board of Directors from nominees submitted via online application between August 15-31, 2017. Winners were selected based on the results of an online ballot of the official WIC Membership between September 13-15, 2017.

WiC members were asked to vote for up to three finalist who best represent the criteria for the WiC LEAD Award:

Winners of the prestigious LEAD award will receive