The Challenge Of Embracing Diversity 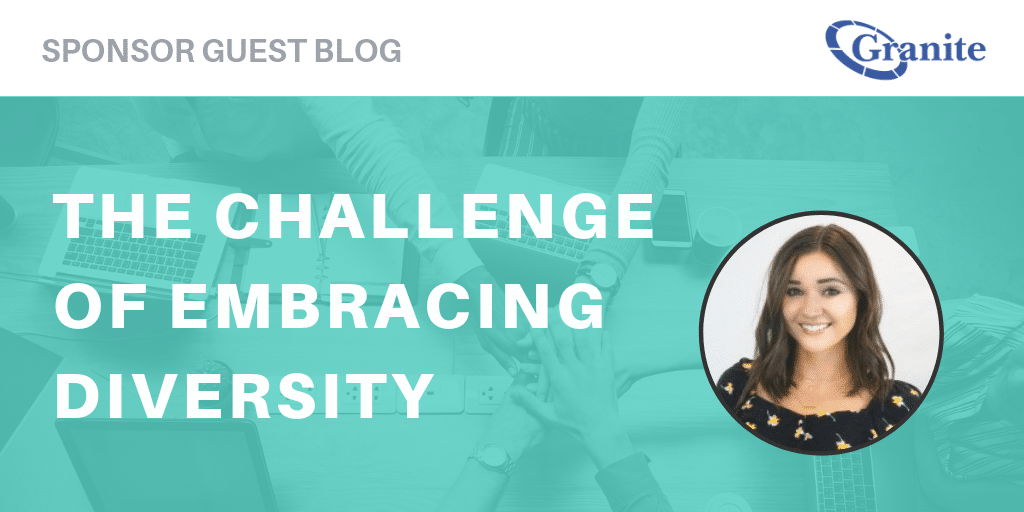 I grew up in an area of Boston where racial diversity was the norm. In high school, being of Caucasian decent put me in the numerical minority despite being in the numerical majority for society as a whole. This background has allowed me to view diversity as a universal societal construct.

Racial and ethnic identity are the traits most commonly associated with the concept of diversity. In order to truly celebrate our differences, it’s important to expand our perception of diversity to include personality, interests, experience, opinion, background, socioeconomic standing and religion, among others. We must look at diversity as embracing unique talents.

Discussions of diversity are becoming more prevalent, but we still sometimes struggle with implementing and embracing diversity. To put it simply, we need to do better.

One of the challenges is that we are inherently drawn to ourselves. That might sound incredibly egotistical but take a moment to think about it. I’s easy, safe and convenient to stick with the familiar. Our family members have the same cultural background and upbringing. We make friends with people who have similar interests. The coworkers we gravitate towards share commonalities.

You might respond, “My social circles have lots of variety. Haven’t you ever heard that opposites attract?” Well, yes, but think about what you consider to be a variety. Indicating that someone is your opposite insinuates balance. The yin to your yang; the east to your west. Although these differences could be presented as a form of diversity, it also indicates a level of similarity. This speaks to someone who is on the same playing field but on the other team; someone who is reading the same book but on a different chapter, if you will.

We need to push further. What about those who are on a completely different playing field? People who have a background, interests and a way of thinking completely unfamiliar to us?  Expanding how we perceive diverse traits within one another is the first push towards embracing unique talents in others.

I’m not minimizing the importance of promoting racial and ethnic diversity. Social dynamics and institutionalized imbalance amongst different ethnic groups is still one of our most prominent challenges at a societal level. However, it’s also a human construct that has a visual cue associated with it. We should look beyond our visual judgments to understand deeper ways in which we vary as humans, and endeavor to become more welcoming and accepting of each other.

Small actions create big changes. I challenge you to do a little self-reflection. Who do you surround yourself with in your professional and personal life? Push yourself to expand your comfort zone. Strike up a conversation with someone you wouldn’t normally engage.  Consider asking a coworker you don’t know well to join you for a cup of coffee. By taking small actions to embrace diversity you can make a big impact on your world. And who knows? You just might find some incredible people you would have otherwise overlooked.

Keep reading:
3 Types of Diversity that Shape Our Identities
21 Diversity and Inclusion Influencers You Should Know
Top 5 Workplace Diversity Statistics

About the Author
Stephanie Raymond is a marketing associate at Granite Telecommunications. She assumed this role this year after spending nearly four years in account management roles at the company.