Take Your Seat at the Table, Woman! 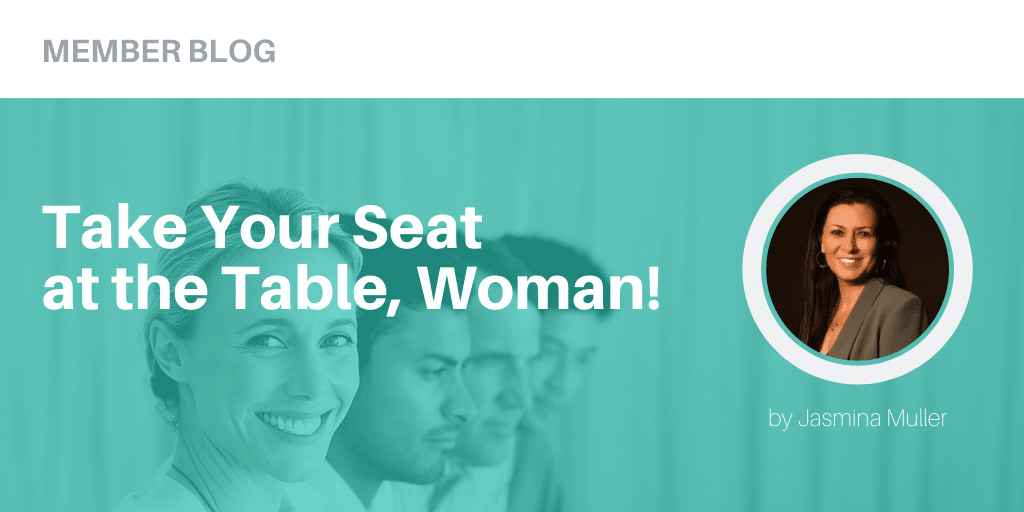 One of the most important lessons I’ve learned over the last few years is that we, as women, need to take our seat at the table.

I’m in awe of the younger generation of women, the ones we’ve told every day that they can do anything they want or do any job. And yet, we don’t take our own advice.

My flashbacks to my overconfident 15-year-old daughter learning to drive sometimes leave me a little cold. I know I should take full responsibility for raising this powerful and confident woman. Still, when I took her around the neighborhood to learn some driving basics, I was shocked (and slightly in awe) at her attitude when she yelled, “Mom, I got this!”

If it weren’t for all the other cars zooming around or having to wait for the street cleaner to go around us, I would have agreed with her. However, the fact that she showed no fear in learning this new task made me think about the reasons why my generation is not confident in taking our seat around the boardroom table.

For far too many years, women in the workplace have been the secretary, receptionist, or assistant – essentially those who take notes or serve coffee instead of those who make decisions and change lives.

In her book “Lean In,” Sheryl Sandburg spoke of the benefits of having more women in decision-making positions in companies and how this change ultimately will improve the lives of women in the workplace and reduce the financial strain on households in general.

In her role at Google before she became the COO of Facebook, Sandburg recalled when she was nine months pregnant and coming in late to work after sleeping in a bit. By the time she arrived at the office at 8:30 a.m., the parking lot was full, and she had to park in one of the furthest parking spots available. She was so uncomfortable and out of breath by the time she reached the office, she immediately went into the offices of Larry Page and Sergey Brin and demanded dedicated parking for pregnant women in front of the building. They agreed without question, which prompted her to ask herself why this was not done before.

She concluded it wouldn’t have happened without a woman in a high position to:

Today, it’s not all about special treatment in the workplace, but rather about understanding each individual’s strengths and weaknesses and working around that, building each other up, and creating a better working environment for all involved. So, to all my lovely lady friends, please take your seat at the table.

About the Author
Jasmina Muller is an accomplished channel executive with more than 20 years of experience in the telecommunications industry. She is the Vice President of Channel Partnerships at Everbridge. Previously, she held sales and channel leadership positions at 8×8 and CenturyLink Business. Muller has been an active member of the Alliance of Channel Women for the past three years. She was elected to the 2020-21 ACW Board of Directors and serves as Chair of the ACW Sponsorship Committee.