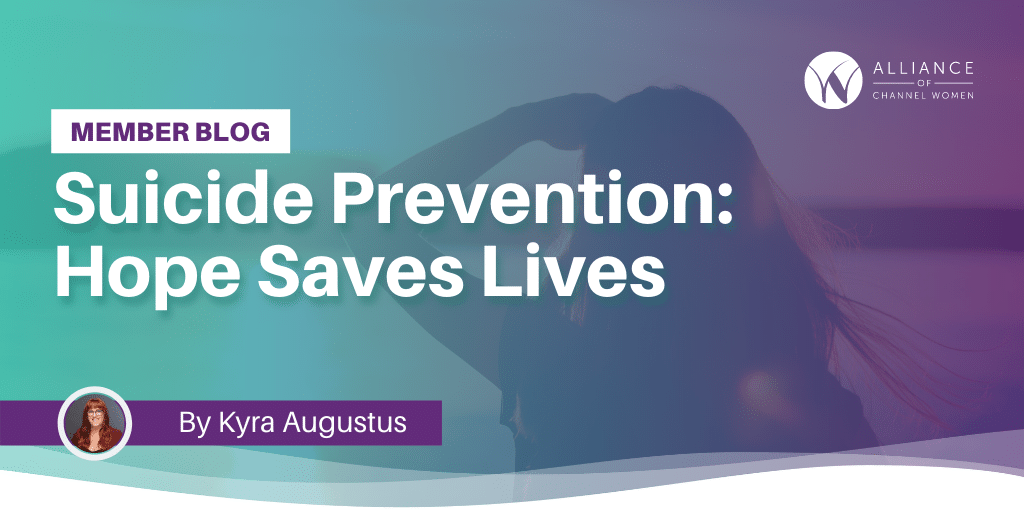 When I was asked to write this blog about suicide prevention, I was elated. Suicide prevention and advocacy work is my passion, and I was excited to share that with everyone. But as I sit here, I’m struggling with articulating it correctly. I originally wanted to write this dripped in honey, easy to digest, but there’s no easy way to talk about suicide and prevention; you can only be direct and hope that the readers take heart with some reflection. That’s what I’m going to do.

September is National Suicide Prevention Month. During September, mental health advocates, organizations, survivors, supporters and communities all around the world come together to promote prevention and awareness while providing resources to help those who are struggling or know someone struggling with suicidal ideation. Currently, suicide is the 10th leading cause of death in the United States. From this data, we know that we must make an effort to make mental health a national priority and advocate for more investment in research and nationwide prevention efforts.

The first thing most people should know is that how we talk about suicide matters. One should avoid saying things such as “committed suicide.” Instead, use phrases such as, “died by suicide” or “ended his or her life.” When talking about suicide and suicide attempts, avoid using judgmental language such as “failed” or “successful.” Instead, use phrases such as “suicide attempt,” “suicide” or “death by suicide.” It’s crucial to use non-judgmental language so that it removes the unnecessary stigma. The goal is to be able to have open and honest conversations. When suicide is talked about safely, we can help reduce the likelihood of its occurrence.

Suicide is a complex health issue. Like any health issue (such as cardiac arrest), risk factors might put someone at a higher risk for suicide than others. Three main risk categories have underlying causes. The risk factors include health (such as mental health issues), environmental (such as access to lethal means) and historical (such as childhood or prolonged trauma). These risk factors can span over a long period of time.

There are some warning signs that you can watch for in yourself and others. Warning signs are usually a signal that suicide risk is in the imminent future. People who are suicidal might talk about ending their life, which can be direct or indirect (they might joke about it in this case). You might see a change in behavior that is out of the norm, or you might see an increase in drug or alcohol use. There also can be a change in one’s mood, either subtle or over the top.

Now that you have a brief overview of how to talk about suicide, risk factors that can contribute to an attempt and warning signs, let’s talk about the small steps we can take to help prevent suicide. We can start by being cognizant going into any conversation. As discussed earlier, the words you say matter. Avoid minimizing people’s feelings; this can cause a person to no longer talk openly about the issues at hand. Avoid giving advice. If someone has a heart attack, you don’t tell them to eat healthier.

Ultimately, trust your gut. If you think someone has risk factors or is showing warning signs, talk to them directly. When talking with someone you are worried about, be supportive and have a caring demeanor. Approach them individually in a one-on-one setting, if possible. Talk to them about what is going on in their life and listen to their story. Don’t be afraid to ask the question, “Are you thinking of ending your life?” By caring and reaching out, we can all play a role in suicide prevention.

About the Author
Kyra Augustus is the Senior Area Director of Partner Support for the East and Canada at Telarus. She has worked for Telarus for more than five years, managing all aspects of support for partners in her territories. Outside of work, Kyra spends most of her free time with her husband and child. Additionally, she volunteers on the Education & Loss Committee for the Utah Chapter of the American Foundation for Suicide Prevention.