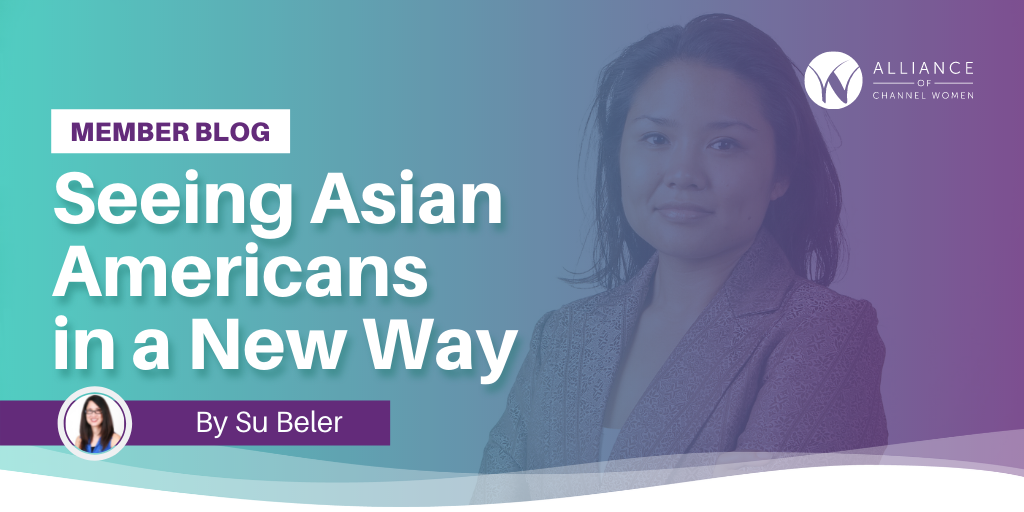 I spoke to some good friends recently about the term “Asian American & Pacific Islander,” or AAPI, and found that many didn’t truly understand how many cultures are represented within it. AAPI includes people who originate from Far East countries like Indonesia, Cambodia, China, India, Japan, Korea, Malaysia, the Philippine Islands, Thailand and Vietnam. Similarly, Pacific Islanders originate from Hawaii, Guam Samoa, or other Pacific Islands.

Most non-Asian people don’t see the subtle nuances in Asian faces that indicate our origins. “You all look the same to me” is often said, but not with malice or disgust, just matter of fact. I have compassion for that view; if you don’t live in a city that offers that kind of diversity, how would you know, and why would you care? As the saying goes, out of sight and out of mind. I understand.

In the last few years, however, a spotlight has shined on Asian Americans in a way that has created a tremendous amount of fear and concern for my Asian- American family. Because of this, I have had real conversations with my mother about race.

I don’t know if this is inherently Asian, but in my family talking about our feelings and experiences with discrimination openly is regarded as shameful and weak. My mother preferred hard work as her “therapy” for the pain of poverty, war and prejudice. But with the recent attacks on AAPIs, talking is vital for healing and connection, and I cannot remain silent.

The fact that few AAPI women are represented or actively participating in the channel openly compels me to try to be an example.

Here are a few things that helped me overcome my shame around my nationality and allowed me to understand and love my Asian mother.

When I was 19, I was given the book Joy Luck Club by Amy Tan. After reading the first two pages, I broke down and wept for my mom for the first time in my life. The story opened my heart and helped me see the world through her slanted eyes.

Later, I was sick one weekend and the “Killing Fields”, directed by Roland Joffe, came on the TV, so I watched it. I was not prepared for what I was about to see. I was taken on an emotional, true-life story of courage, perseverance and friendship. The movie’s lead actor, Haing S. Ngor, was a Cambodian doctor and actual survivor of the refugee camps in Cambodia. This movie was his debut, and he was the first Asian American to win an Academy Award for Best Supporting Actor. I was incredibly moved by this film; it helped me to understand why my mother never talked about her past during the war.

Five years ago, I was at a friend’s house with about a dozen women. After dinner, we decided to watch comedian Ali Wong’s Baby Cobra. Wow, I was thankful I was with a bunch of women that night. It was hilarious and empowering! Ali Wong embraces her sexuality and shows the world that Asian women can be funny and strong. She does not reinforce the quiet, modest stereotype of walking five steps behind a man.

If you want to read more, there is so much literature, art, music, cinema and delicious food to devour.

I’d love to hear about all things you love from the AAPI community. Please share them with us in the comments below.

About the Author
Su Beler is a Partner Development Manager for Technology Source. She’s been an active member of the Alliance of Channel Women since she joined the industry in 2013. Presently, she’s a member of the Events Planning Committee and acts as its liaison to the Communications Committee.