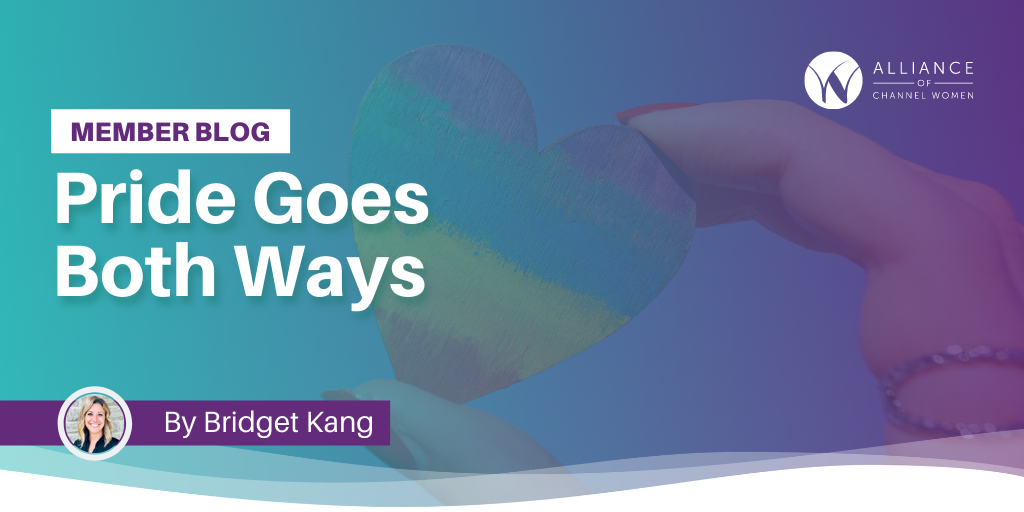 I think I knew my kid was gay when she was five. As a toddler, Lexi never played with “girl” toys. She didn’t want dolls or kitchen toys. She just never had any interest, and that’s fine. She had plenty to do and play with. She liked playing in big boxes, and building forts, drawing pictures. So, I never thought twice about it.

When Lexi was little, I didn’t interact with other parents of children Lexi’s age. I worked a full-time job, had another child just before Lexi turned 2, a house to manage, and a husband who worked nights. It was always just the kids and me. When Lexi started kindergarten, I began to make friends with other parents, and then her differences started to show a little. Other little girls would talk about the little boys in class. Some of them had “boyfriends” and sent little love letters – not my kid. There was no talk like that. I can’t tell you that there was anything specific that made me feel Lexi was gay, but I just felt like that was the way it was. I didn’t feel angry or worried about it. Kids are who they are.

In fifth grade Lexi realized it, too. Many girls started liking boys and talking about crushes. One Friday night I got a call from Lexi. She was at a sleepover, and just called to say that they were uncomfortable and wanted to come home. No questions. I was there picking them up. When they got home, they told me that they had to leave because they had some feelings that made them uncomfortable, but “I don’t want to like girls, and I don’t like girls.”

This prompted a conversation of “if you like girls, that’s OK. Some people like girls and some like boys. Everyone is different, and that’s just the way it should be. I love you no matter what.” In hindsight, it was probably the best thing I could have done for my relationship with Lex. Over the next two years, we had multiple conversations about relationships and self-identity. I have limited experience in any of this, but the theme was always the same: “You are who you are, and I love you no matter what.” We discussed that, as a tween, we don’t need to define anything or use labels. We’re just figuring life out together, and we are committed to being open and honest with one another.

Now, Lexi is in seventh grade. This past winter, she came to me with a message that I didn’t understand.

When I told Lexi that I didn’t understand what that meant, she told me that she doesn’t feel like a girl but didn’t feel like a boy, either. She didn’t feel like she fit into either category. So, she asked me to start referring to her using they/them pronouns. Admittedly, this has been a struggle. Even now, months later, I mess it up. Often. But I’m honestly trying, and Lexi knows that, and they are extra patient with my missteps.

Lexi cut their hair short and wears boy’s clothes. They have a super cute little sense of style, always wearing button-down collared shirts with a fun pattern and pants that are too big. The fact that Lexi knows who they are and how they want to be seen completely sets my mind at ease. This will not be a painless path in their life, but they know who they are, and they are not ashamed to be their true self. That’s admirable. I’m almost 40, and I don’t have that kind of confidence.

There have been hurdles, of course. Sometimes kids say mean things at school or on the bus, using gay slurs or sexual references, or asking Lexi out on a date, as a dare to see what they would say. Kids can be jerks. People (kids and adults alike) will target what they don’t understand. However, Lexi takes in stride with confidence and a quick wit.

There have been circumstances that I don’t know how to handle, as well. For example, waiters ask, “what would you like to drink, young man?” Lexi doesn’t correct them, and I sit there awkwardly, not knowing what to do.

In my job, I meet new people daily, and people always ask the same questions: do you have kids? How old? Boys? Girls? And I stop.

This has been a struggle for me. In a lot of circumstances, these are transactional conversations. Many people I may never talk to again, or not for months. Do I take the easy route and say, “one of each” and betray my kid’s identity? Or do I take the time to say that I have one son and one child who identifies as non-binary and then open myself up to all the questions? Have these people earned the right to enter our lives in this way? Should I take the time to share this very real part of our lives?

I discussed this conundrum with Lexi and some of my trusted colleagues, and I decided I will face this topic head-on – with strangers, professional contacts, and anyone who asks because we need to normalize these conversations. Like me, we need to educate people who have no idea that there were kids out there who don’t feel like they fit into the “boy” box or the “girl” box. I have decided to be true to my kid because they are always true to themselves, even when it is uncomfortable, or it hurts. I will make Lexi proud, give the right answers, and ask questions when I don’t know the right answers.

Initially, when I volunteered to write this post, my goal was to share my pride in my gay kid. As I wrote it, it hit me: I will never stop being proud of them. I need to earn the right to make my gay kid proud of me.

About the Author
Bridget Kang is a Senior Partner Development Manager at Telarus. She has been in technology sales since 2006 and in the channel since 2014. She is one-part professional friend-maker, one-part mother to two phenomenal kids, and at least 37 parts enthusiasm for just about everything. Kang also is the ACW Membership Chair.