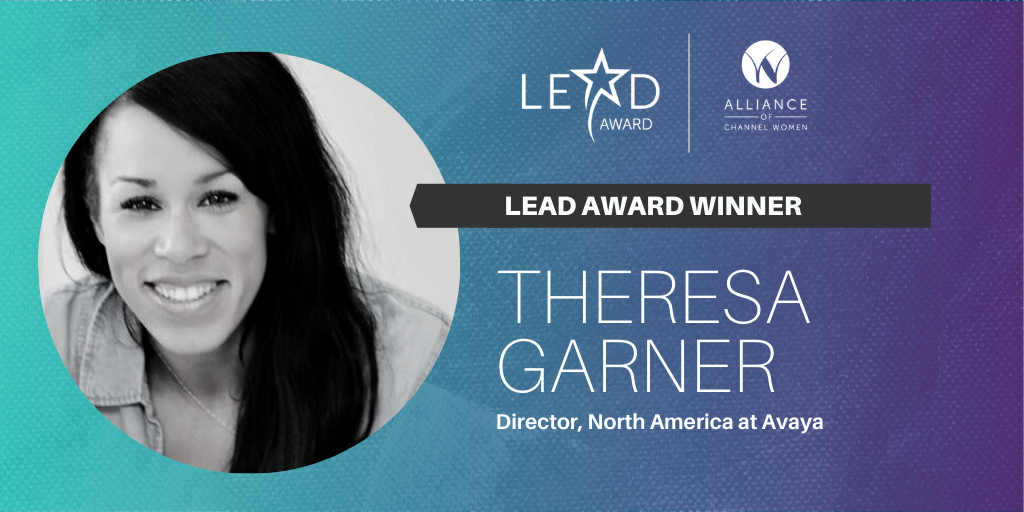 Garner has been with Avaya since 2014. Prior to that, she worked with Laketec Communications and EMC.

Who is the woman who showed you how to lead the way (e.g., your role model)?

I’m going to flip this question because my dad is the only role model I’ve ever had, the only person I’ve ever truly wanted to emulate. He raised my sister and me on his own as a single father for a big part of my life and balanced everything that entails. Nothing about his life has ever been easy, but he moves through the world with a persistence that’s unlike anything I’ve ever seen. My dad grew up biracial in the 1950s and 1960s. After earning a football scholarship to Notre Dame, he was the first in his family to go to college. He moved through a world not meant for him and blazed a trail anyway. He worked his way from a history teacher and coach to principal at a large inner-city high school, where I saw him mentor students and go above and beyond to fight for those kids every day for 20-plus years. I have never met anyone that knows my dad that doesn’t also respect him. And almost everyone has a story to tell about a time my dad helped them or inspired them.

What are you doing to lead the way for other women in the tech channel today?

I’m intentional about bringing other women with me on this journey. When I became a leader, the very first thing I did was hire another woman of color on my team. There’s been this unconscious notion that there’s a finite number of seats at the corporate table for women, which can create unnecessary competition or cattiness. I reject that. I want to see women winning.

What is one thing we could accomplish that would most benefit women in the tech channel going forward?

Commit to being authentic. In a society that tells women in so many ways that they must have it all together, authenticity creates the space and freedom necessary for women to flourish.