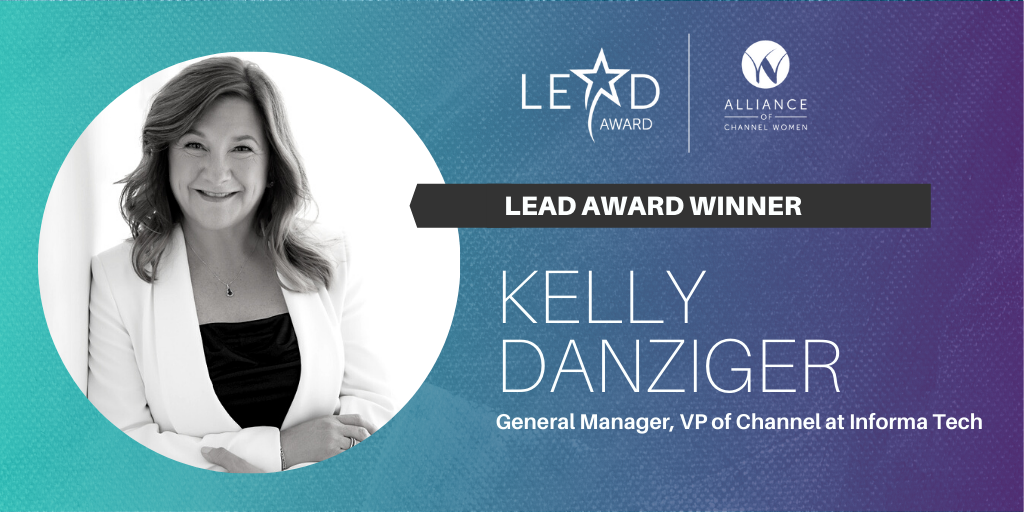 Danziger has been with Informa Tech since 2013, starting as VP of Channel Sales. Prior to that, she worked for Penton Technology. She serves on the board of ACW.

Who is the woman who showed you how to lead the way (e.g., your role model)?

I’m fortunate to have had several women who made an impact on how I run my life personally and professionally.

The first is my mother. When I was growing up, she always emphasized, “Actions speak louder than words.” She held me to that and called me out all the time. This forced me to always know that, if I’m going to put something out there or commit to something, I must “walk the talk.”

The second is Carolyn Bloom, my first boss after college. In the early 1990s, I took a position at an employment agency helping others find temporary and full-time work. I was young, very green, and willing to do whatever was needed to learn and do a good job. She saw something in me and felt that I needed to be in a big company where I could learn and have opportunities to explore. One day she walked over to me and said, “Our client Cahners (now Reed Exhibitions) is looking for a customer service representative; I told them I have the perfect candidate and that you will be there within the hour.” She said take my scarf, put on some lipstick and you look perfect for the interview. Lo and behold – just three hours later – I was offered the job that launched my career in the B2B Events and Media industry, which I’m still in 30-plus years later.

The third was Pat Dolson Calanca, the first woman president of Reed Exhibitions. Shortly after I began working at Reed, Pat was promoted to president. She worked her way up through the business, all the way to the top. Not only was she the president, but also a mother of two small children and her husband worked for the same company. I remember returning from maternity leave and there was a company outing at a local restaurant. I happened to arrive at the same time as she did. We walked in together and she asked about my baby, daycare and how I was with the new normal and provided some sage advice about having to find the balance, so you don’t miss out on being present to watch your kids grow up. Once in the restaurant, she asked me to join her for dinner which put me at the table with key executives in the company from the U.S. and London. At 8 p.m., she made the announcement that the two moms at the table were heading home to see our kids.

All three of these women taught me early on that “Actions Speak Louder than Words!”

What are you doing to lead the way for other women in the tech channel today?

Accessible, Available and Approachable. I never forget where I came from and how hard it was to climb through the ranks. As thanks to the women that helped guide, mentor and support me, I feel called to help bring others along. Mentoring is an ongoing part of my journey and watching those I mentor gain the confidence to speak up, take on more and grow in their careers is such a gift. Offering a seat at the table to be part of the conversation and listening to the fresh ideas and perspectives helps to develop confidence along with sparking innovation. Providing opportunity to take lead on an important project while supporting them in the background helps elevate their personal brand while building the skills and confidence for them to succeed independently.

What is one thing we could accomplish that would most benefit women in the tech channel going forward?

Equitable pay: hard to believe that this still is an issue, but sadly it is. Pay fairly for the work being done.