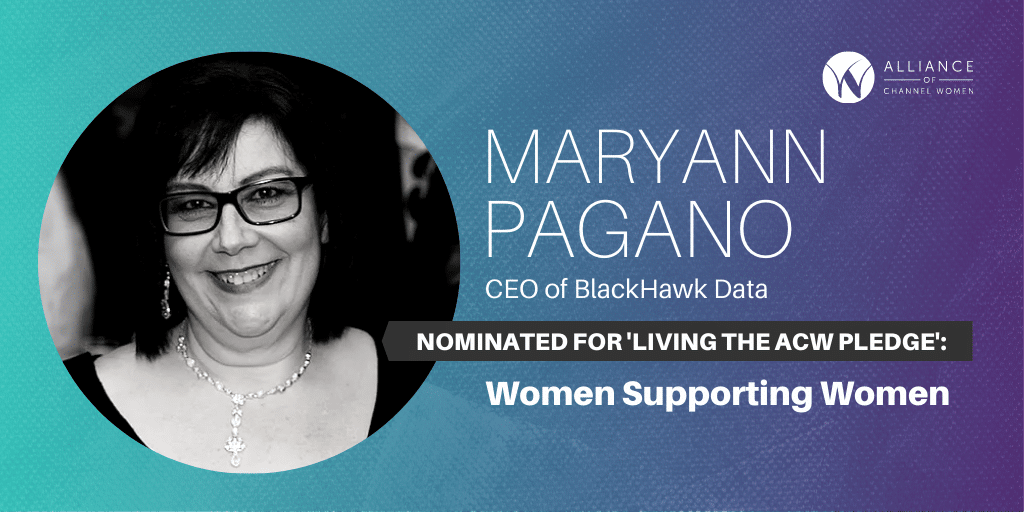 In what way(s) is your nominee an example of Living the ACW Pledge of women supporting women?
Maryann has been a strong influencer in the tech industry throughout her career. And now that she’s a CEO, she can do the things she couldn’t previously. She coaches other women – some she doesn’t even know. She helps women who are trying to grow in their careers – the ones that want to make their mark. She truly wants to be a woman who people can look up to and model themselves after!

What is a specific example of what she did for you and when it happened?
Maryann is a super-supporter of women in IT. She has helped train and groom others into roles that most wouldn’t have gotten an opportunity otherwise. Working at large male-run IT firms, only the “chosen” ones get a chance to spread their wings.

What impact did her action have on you and/or your career?
I have tried to move up in my career in IT and take on other more impactful roles, but I was never given a chance. I really wanted roles where I could try new things, learn and grow. She gave me that opportunity.

Want to Nominate a Woman Who is Living the ACW Pledge?
Do you know a woman who has played a supportive role in your technology career, please tell us who she is and how she had your back!