Don’t Return Before You Return

Poll: How ACW Members Give Back

Don’t Return Before You Return

My second child, my beautiful daughter, was born this January. I spent countless hours worrying about how I would balance life with two children, and even more time worrying about not going into labor before our company’s annual kick-off in January (I made it). What I didn’t spend time thinking about was what my return to work would be like.

My favorite book of all time is “Lean In” by Sheryl Sandberg. I have highlighted sections, folded down corners of pages, and spent a lot of time molding myself to be the leader I see in Sheryl. My favorite chapter of that book, one that I repeatedly read before the birth of my daughter, is titled “Don’t Leave Before You Leave.” She discusses how, from an early age, girls get the message that they will have to choose between succeeding at work and being a good mother. Many women even choose jobs based on the type of maternity leave the potential company offers, even if they are not planning to become pregnant immediately. For me, I worked tirelessly ensuring I was not doing just that. I didn’t shy away from projects for new-year planning. I wasn’t cutting back hours in anticipation of my leave. I was still “leaning in” in all the right places. Where the struggle hit me was when I returned. While it was important to lean in before my leave, I neglected to realize that didn’t mean “fall in” upon return.

I swore to myself that while I was out on leave, I would not check my email – a promise we all make to ourselves but most of us fail to follow through with, unfortunately. For the most part, I kept my promise to myself; I only checked email twice while on leave. When I came back, I thought that I needed to dive entirely in, and I attempt to pick up where I had left off. While this lead to unnecessary stress and worry, it also lead to an incorrect expectation from my co-workers.

I was struggling on the inside to keep up with everything at work while having a newborn, no sleep schedule, and a 5-year old who was still in need of a lot of my attention. I kept saying “yes” to so many things that when I did finally say “no,” it left people in shock. I needed to be honest with my employer about what I needed from my team over the next few months. I needed to be honest with myself about moments that left me with mom guilt, moments at work that I so desperately wanted to be a part of if we could adjust the time or date, and moments where someone made me feel as if I was a burden because I had a new baby. There were times where people unconsciously said things that left me angry, and I did nothing or said nothing about it. That was setting an incorrect expectation. I was returning before I “returned” mentally.

Once I started to see where I was failing, I had an epiphany. Lean in, yes. But more importantly, know where to pull back. I began setting expectations on projects, late calls and early meetings; I found that people were much more supportive than I initially thought they would be. So many people are parents and understand the struggle of juggling work and being there for your children. Those that don’t have children still see the spaces that you need help and support if you give them a chance. Adjusting to working after any leave is hard, but it becomes much harder if you take on too much, too fast. I found that it was essential to return at a gradual pace and not be so critical of myself when I felt less-than. It set the tone for how others would react to my return as well.

Don’t leave before you leave and don’t return before you return. Know where your struggles are, and be honest about it. There is a way to achieve this working parent gig, and there is an opportunity for others to help you get there if you let them.

ABOUT ALLIANCE OF CHANNEL WOMEN

Founded in 2010, the Alliance of Channel Women is a not-for-profit organization of women in the indirect sales channel of the telecom and IT industry. The Alliance of Channel Women brings us together to empower and advance women’s careers and leadership roles in the technology channel through education, community, advocacy and opportunities for personal growth. To learn more and to become a member, please visit www.allianceofchannelwomen.org.

Morgan Granfield is a National Channel Manager for Fusion, growing relationships with master agencies and their partner bases across the country through personalized training and partner appreciation events. Morgan has been in various sales, business development, and training roles at Fusion since 2012. She joined ACW in January 2016 and is co-chair of the Communications committee and a volunteer on the newsletter and event planning committees. 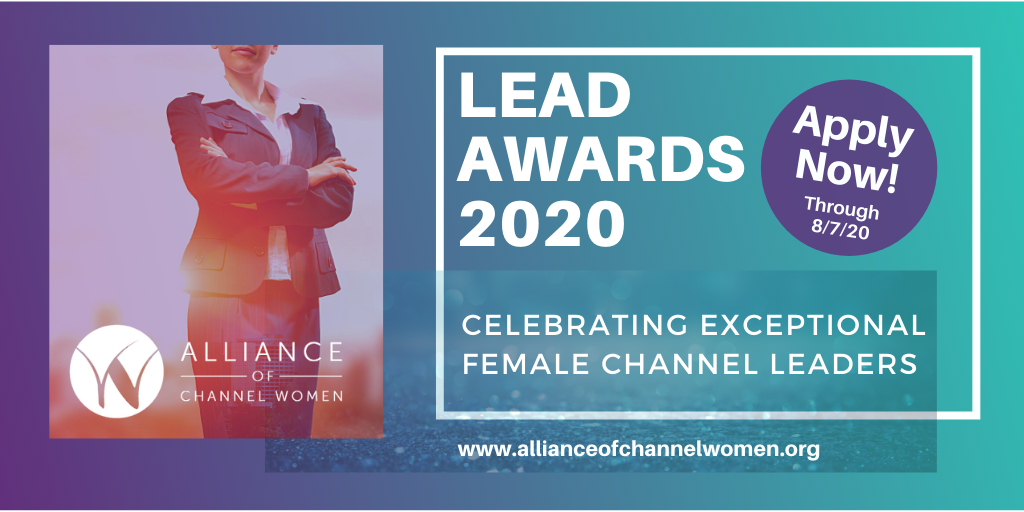