From Sabotage to Confidence, Bridging the Gap for Leadership Excellence - August 22nd Webinar

What does it mean to be an authentic leader? 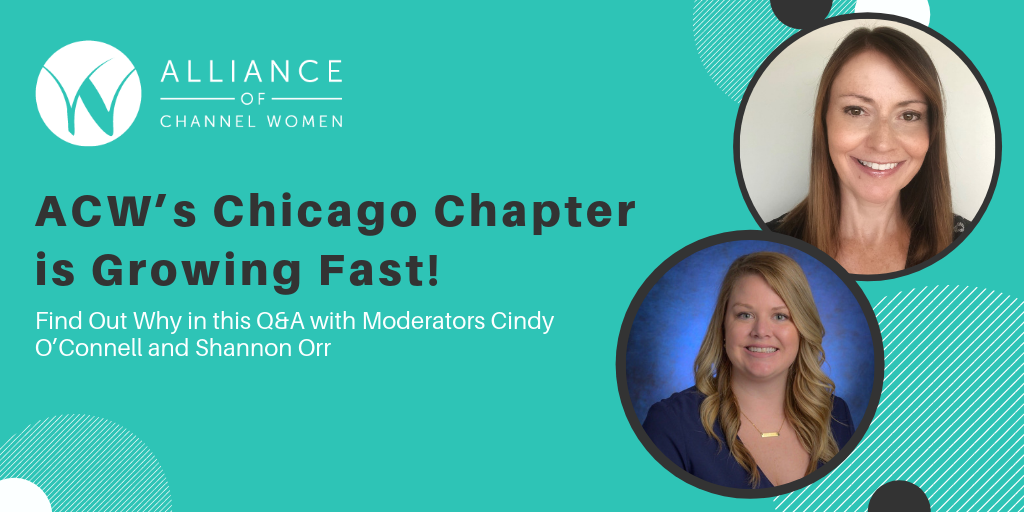 Cindy O’Connell, Director of Channel—Midwest for QTS Data Centers, and Shannon Orr, National Partner Manager for AVANT, attended their first ACW meeting at Channel Partners Evolution in Philadelphia, where they heard the call to get more involved with ACW’s Local Chapters. Between the two of them, they knew a lot of ladies who would love to participate so they volunteered to be moderators for the ACW Chicago Chapter.

Since then, Cindy and Shannon have grown the group from four to 75 members and expect to double that number by end of year! We asked them to tell us a little bit about their experience.

Why did you volunteer to become a local chapter moderator?

Cindy: I recently saw a statistic that women only make up about 20 percent of the tech industry and realized a group like this was definitely needed. I was very excited to team up with Shannon, who works for a company whose employees are 52 percent women. Plus, the Avant office rooftop is an amazing place to entertain! In just a few months, our group has grown considerably and become much more than a typical networking event.

Shannon: It’s like “women in the channel” every day at AVANT headquarters. We have a great office space where our partners and providers come together, so it seemed natural to offer to host ACW Chicago Chapter gatherings. Cindy added a great dynamic and she knows a lot of women in the channel. She helps recruit amazing members. Planning the events together ensures we can roll out the red carpet for an A+ experience that these amazing women deserve and work so hard for!

What’s it like being involved with a Local Chapter?

Cindy: It’s refreshing to hear other women’s stories and how they face similar challenges in the IT industry and beyond, as well as support each other with great advice and insights.

Shannon: I would echo what Cindy said. Also, since getting involved in the group, finding new friends has been a highlight for me.

Tell us a little about yourself.

Cindy: I live in Naperville and spend my “free” time chasing around and entertaining my 2-year-old and 5-year-old girls. My husband insists that I see every Marvel movie on opening weekend so I’m a Marvel expert, and I also love watching bad reality TV.  I’m a board member for The Lazy Volunteer, whose goal is to give back to the community through fun and creative ways that also helps others to become and remain active in their communities. That experience has helped me plan fun channel-related events like trivia and bags tournaments that benefit great causes.

Shannon: I love all things Bravo, housewives, and have even met a few of them. I got engaged on the TMZ celebrity tour in Los Angeles, and last summer I got married on a rooftop in Chicago. I love living downtown and enjoy being an urban gardener. My patio is covered in plants and flowers. I think success is in the journey, and I love being an entrepreneuHER. I was employee No. 6 at AVANT in 2011. I also serve as a mentor in the Avant mentorship program and I’m co-captain of the Avant Charity Committee, which has been an amazing and rewarding experience.

You two have been supernatural in helping to grow the Chicago chapter so quickly. If you could be a super hero, who would you be?

Cindy: I would love to be Doctor Strange because he has the ability to teleport and turn back time.  The possibility of these powers are endless including going anywhere in the world instantly and never sitting in traffic again. Plus, it wouldn’t hurt to see a few winning lottery numbers before they are picked.

Shannon: I would choose Thor because he has long blonde hair like I do, and he is hilarious. He also is friends with all the other superheroes and secretly/probably has the strongest powers of them all.

If you know colleagues in the Chicago area who might be interested in joining the ACW Chicago Chapter, please reach out to pr@allianceofchannelwomen.org. The ACW Chicago Chapter focuses on promoting women in the channel and understanding where we can help one another personally and professionally. There have been a lot of men asking if they can support ACW (they see how much fun the group is having) and the group’s next meeting is going to be open to men, too. 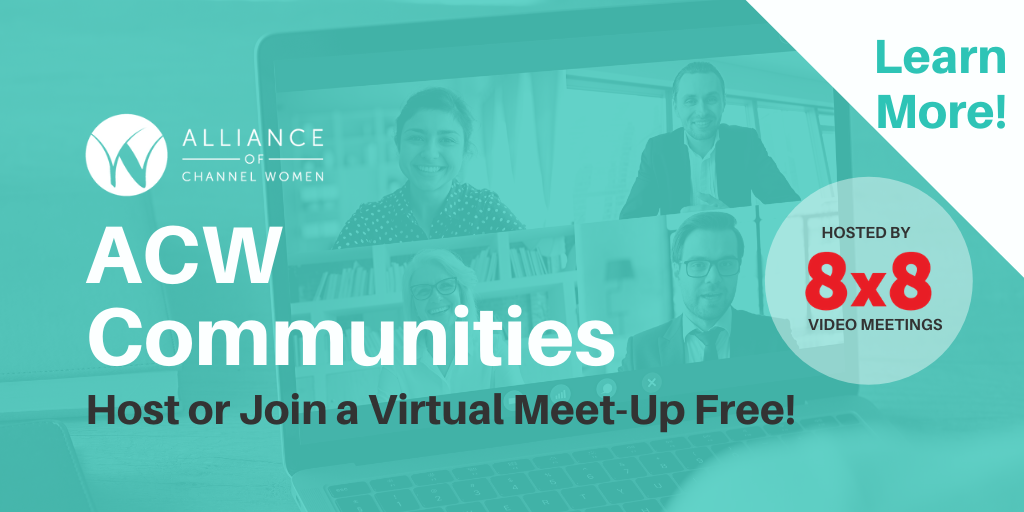